Penned from his own anguish, Longfellow’s faith emerged victorious. I pray that as we hear the Christmas bells, we acknowledge all the Lord has done for us. And from grateful hearts, we share His love with others.

May this story warm and stir your heart…

On Christmas Day in 1863 Henry Wadsworth Longfellow continued to grieve the death of his beloved second wife Fannie who had died two years prior when her housedress caught fire. Longfellow himself tried to extinguish those flames with his own body but Fannie did not survive the accident. Because of his burns, Longfellow couldn’t attend the funeral.

During the subsequent two years Henry’s oldest son would enlist in the Union army to fight in the Civil War. On December 1 of that year, Henry would receive a telegram that his son had been shot during a battle of the Mine Run campaign. The location of the exit wound from the bullet would put his son at risk of being paralyzed.

This widowed father of six exhibited deep concern for his children, his country, his very life while cannons thundered in the south. It’s hard to imagine exactly what he felt when he heard the bells tolling on that Christmas Day. We know this wasn’t Longfellow’s first epic poetic endeavor. But, at this time of year, maybe even especially this year, we can put aside the hurts and hardships, and glide above the layers of morass, and choose hope and faith – just as Longfellow had done.

Please enjoy his music and poem. God bless you. 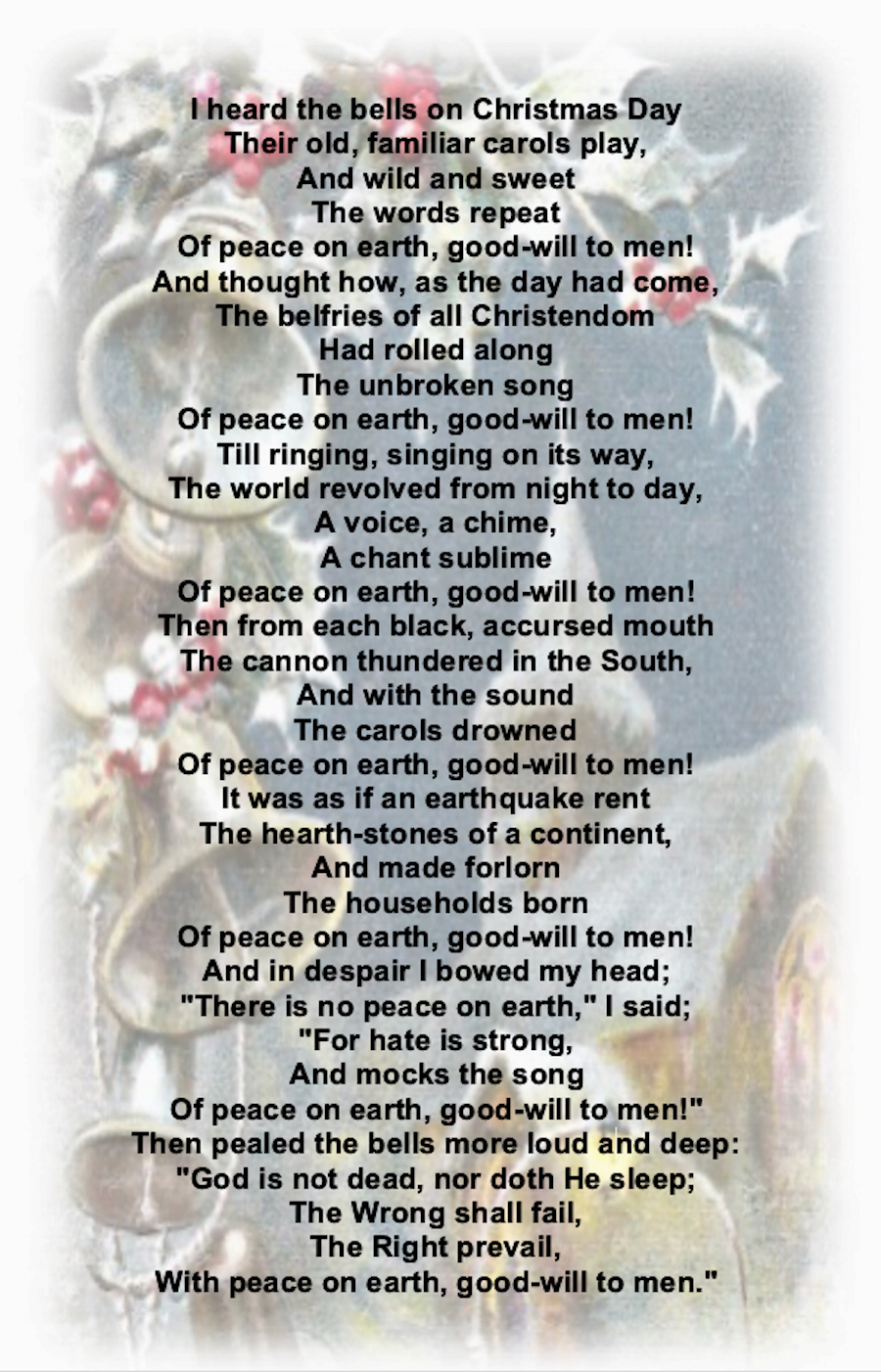 To leave a comment, please click on the title above, THE BELLS LONGFELLOW HEARD, and scroll down.  Thank you and Merry Christmas!

16 Replies to “THE BELLS LONGFELLOW HEARD”