A paraphrased definition of push comes to shove explains it as a critical point in a situation when a shove, rather than a push, is needed. The origin or first use of this phrase is unknown. However, a fun story from the late 1880s illustrates its meaning.

A nameless, entrepreneurial young woman arrived in town only to find its men in deep despair. She inquired about their sad state and was told the town’s only barber had fled during the night, stiffing all but a lucky few of debts he owed. On further questioning, she discovered the men were more concerned about their shaggy and unshaven appearance than the money they’d lost.

This woman jumped at the opportunity. She set up shop in the rogue barber’s establishment and soon needed to hire a few more like-minded women to accommodate her growing (pun intended) business. Her wealth accumulated, and an article in the town’s newspaper called her an “apterous tonsorial angel” (wingless barber angel).*

Ergo, she did what was needed when push came to shove.

Silliness aside, this story reminds me of Paul and Silas. After freeing a fortune-telling slave girl of an evil spirit that brought her masters much wealth, the two believers were beaten and thrown into prison. At midnight, Paul and Silas sat in their cell singing and praising God. Of course, the other prisoners listened! Who rejoices in their pain and misery, especially when death hangs like a thick Roman cloud over their heads?

Suddenly an earthquake shook the building and all the prisoners’ chains were loosed. Now, even if earthquakes happened regularly in that region, one that freed fettered inmates would be enough to cause the jailer to take his life. If he didn’t, Rome would.

This is when push came to shove. No doubt, Paul and Silas, and any one of us, might have been tempted to say, “Wow. Thank you, Lord, for this miracle. I’m outta here!” Instead, the two men reassured the jailer they were all still there.

I love this part! I can’t help but giggle each time I think about it. Ready?

The jailer called for light!

But The Light had already come! At our darkest hour of night, Jesus came to give us eternal life. Our lives, and that of the jailer’s, had already been spared. No different than each of us, this jailer had to see for himself.

And isn’t that so gracious of God to let us grope and wander in the dark until that critical point, until that earth-shaking moment, until we ask for Light. Until we want to taste and see for ourselves that He is good. He is there. And best of all, we don’t have to wait until push comes to shove. We can enjoy His gift of love and eternal life now. All we have to do is ask. 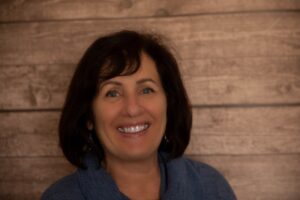 To leave a comment, please click on the title in bold above, WHEN PUSH COMES TO SHOVE, and scroll down. Thank you for subscribing and sharing this website with friends, and please come back next week for more encouragement. Thank you and God bless you!  🙂

20 Replies to “WHEN PUSH COMES TO SHOVE”