This interesting adage first appeared in a 1523 book on animal husbandry. A shepherd contended that if a pup wasn’t taught early on to keep his nose to the ground, he wouldn’t be able to sniff out wolves or other predatory animals later in life. 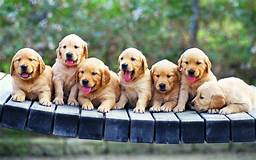 More than twenty years later, the saying found its way into John Heywood’s book of proverbs.

In a speech given by Henry Ford, the founder of the Ford Motor Company, he quoted the adage as, SPOILER ALERT,  “you can’t teach an old dog new tricks.” Then he added that no matter their age anyone who stops learning is old.

What about humans? What does God’s Word say about how well we can adapt, learn, become more like Him? Do we get a “treat” (reward) in return?

God makes it clear that it’s never too late for Him to transform us. He rescued us from the gates of hell (the animal shelter, if you will) and opened wide the doors. He didn’t look at our age, our size, or what caused the mange on our coats. We weren’t so sick that He bypassed us. Nor have we made a mess He can’t clean up.

With His power, strength, love, and forgiveness, He frees us from eternal death. He creates in us a clean heart. We don’t have to perform a trick, sit and beg, or roll over. His word says if we confess with our mouths that Jesus is Lord and believe that God raised Him from the dead, we’re saved (Rom.10:9).

God treats us tenderly because He is merciful. He loves us and longs to have a relationship with us. He wants to teach us to be like Him. To do this we pray and read His word, and obey and trust Him. And, even though we might stumble and fall, or miss sniffing out a wolf, Our Shepherd is there. Constant and true.

By the way, it turns out the adage that old dogs can’t learn new tricks has been soundly refuted. With consistent training and verbal commands, and use of treats, even older dogs can learn new tricks.

What about you? Ready to walk with our Savior? He created us to do just that. No leash required. Just put your hand in His and receive His rewards beyond measure!

10 Replies to “TRICK OR TREAT”