Do you think you’re too young or too old to embark on a new adventure? If the Lord calls you to a task, would you let age stop you? What if the call involves danger . . . or a revolution? 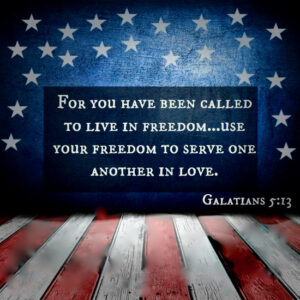 Let’s pull back the tapestry of time and examine the faces of those untested men who signed the Declaration of Independence on July 4, 1776. Hazard a guess as to their ages?

According to most articles, the Declaration signers’ average age was 44!

David McCullough, famous author who wrote John Adams’ biography, observed that decades had passed by the time the Founding Fathers sat for portraits. In fact, since Mr. McCullough couldn’t locate a list denoting the ages of these men, he compiled one himself.

Can you guess the age of the youngest signer of the Declaration of Independence?

Prepare to be surprised!

Edward Rutledge, also a lawyer, became the youngest member of Congress and one of the independence nay-sayers (1775). Yet, in 1776, this brash and influential South Carolinian signed the Declaration of Independence. He continued to serve his country until his death at 50.

Several of the 56 signers were trained or served as ministers. Four were physicians, 24 were lawyers, and one was a printer. The remaining 26 men made their living as merchants, plantation owners, surveyors, musicians, or scientists. Not a slothful or ignorant man among them!

Nine of the 56 Declaration of Independence signers died in battle or as a result of their wounds. Col. McKean moved his family a minimum of five times during the first few months of war. He later told John Adams that the enemy hunted him like he was a fox. Abraham Clark’s two sons were captured by the British, and John Witherspoon’s son was killed in battle.

Five signers were captured by the British and tortured before they died.

Francis Lewis’s home was destroyed and his wife was taken prisoner. John Hart fled while his farm and mills were demolished, then died in hiding. Ten other signers had their property and homes destroyed.

Of those who survived the Revolutionary War, most served this new nation in some capacity at either the state or federal level.

So, back to the original question: do you think you’re too young or too old to begin a new adventure? What if the task requires you to defend America’s freedom?

This quote has been attributed to several including Edmund Burke, who criticized Britain’s treatment of the colonies and later moved to America:

“The only thing necessary for the triumph of evil is that good men should do nothing.”

We are a blessed nation in part because our Founding Fathers sought God and would not allow evil to triumph.

To leave a comment, please click on the title above, RUMORS OF WAR, THE BATTLE WITHIN (PART 1), and scroll down. Please subscribe to this site and share the link with a friend. God bless you!  🙂